MY SNAPSHOT ABOUT MADAGASCAR 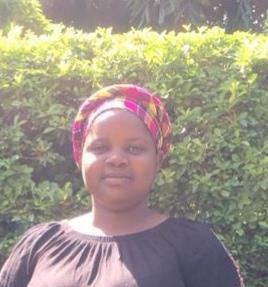 The minute I landed to the island, that is when I felt that there is no turning back and is the beginning of the real journey of the YAC exchange program. In fact, the journey started in Uganda in a camp and then Kenya for an intense three weeks training and now Madagascar where I will spend six months. Unlike in Uganda where I was stranded for more than 5 hours, people who came to fetch me at the airport were already there and one called me as I exited the airport gate.

I have been in Madagascar for few days now and there are things that have surprised me. The roads are very narrow, do not have pavement, no street lights, no robots and people who are pushing carts also use the same road! It’s not only that, you find people selling meat with flies all over it. Oh Lord…people here do not know that there is something called a ‘fridge’ that can preserve meat?
While I thought I have seen it all, there was more. I had to use a transport called ‘pus pus’. I experienced language barrier and people overcharging thinking that I am rich…only if they know… Moreover, my weight has been an issue because every time I get into the ‘pus pus’ you can see the driver’s facial expression that he is surprised. The ‘pus pus’ has broken twice on the road with me in it. This makes me fear for my life every time I get in it because the road is also used by cars and very big trucks.
In my travel around few places here in the ‘rice land’, I have noticed that most land is filled with water; this increases my fears of the whole country drowning into the sea… When it is raining heavily at night, I set an hourly alarm in my phone to wake me up so that I can witness myself drowning not just waking up in the sea. Maybe I am thinking too much but the feeling is real.
Besides my shocks and fears, one can learn one thing or two in Malagasy people. They are hard workers and hustlers. They start a day very early in the morning. You find young children harvesting rice and carrying sacks with rice and coal along the streets. Malagasy people are sociable. I have also learned that you should treat visitors well in your country because you don’t know where you will set your foot in future. I have met two former YAC participants that were placed in South Africa in the previous years who one of them came to fetch me at the airport and the other one is my mentor in Moramanga branch. At present, they are the first people who I hope they will return the favor especially my mentor.

All in all, being in Madagascar has taught me to appreciate small things like robots and road signs in my country South Africa which I never thought they are a such privilege. On that note, I would like to express my heartfelt gratitude to Africa Alliance YMCA and Norec for allowing young people to expand their knowledge through international experience.
Sharp Sharp!