Operational support for the penitentiary and prison in Manjakandriana and Moramanga 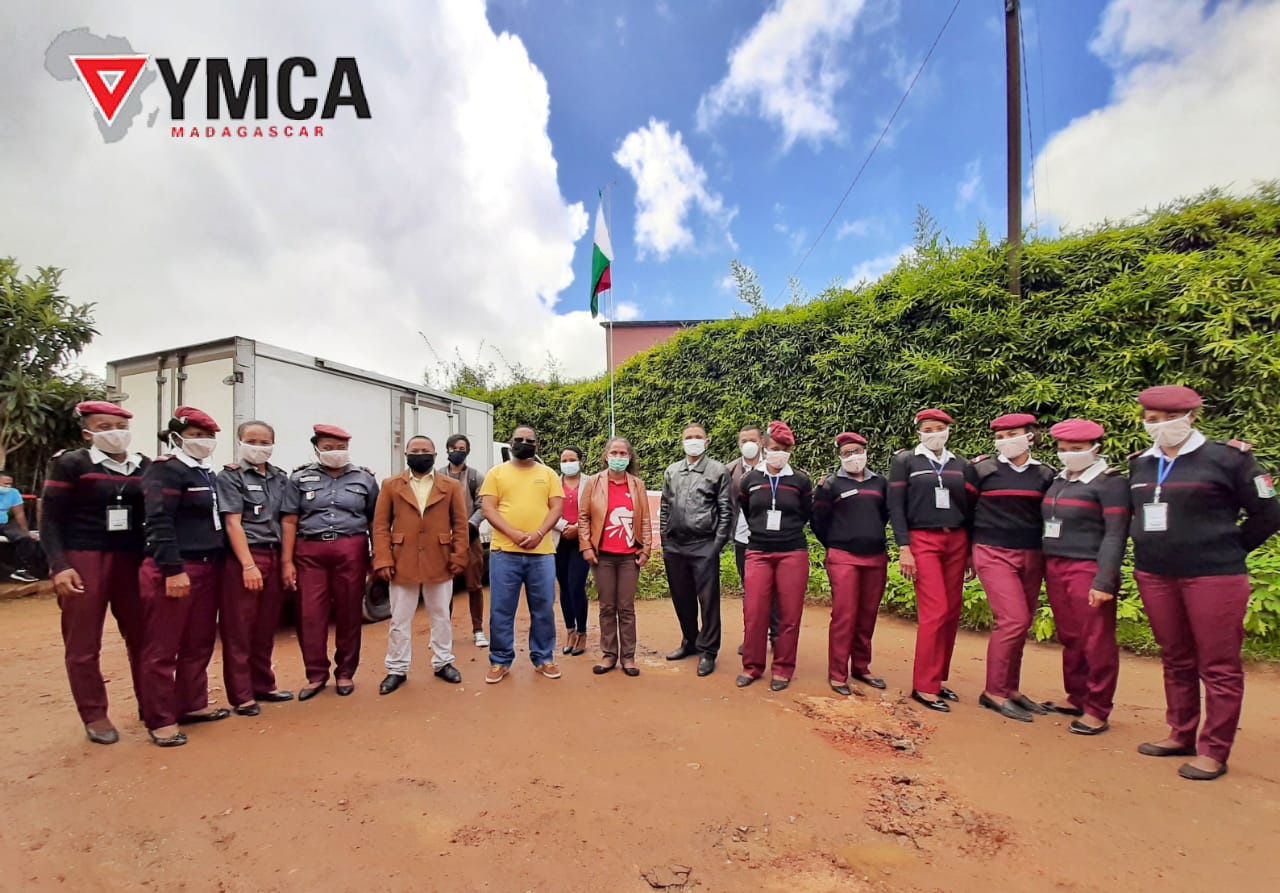 Actually, COVID19 is spreading other the world. Madagascar is also contaminated by this virus and in a lockdown stage. In front of this situation YMCA Madagascar is worrying about the state of young inmates and prison staff. Activities about offering foods and hygiene products to the penitentiary institutions of Manjakandriana and Moramanga were achieved. This action is part of the Youth Justice program, in which YMCA Madagascar has been working on since 2018.

The Youth Justice program is a program funded by KFUM Sweden, designed to prevent young people to be in conflict with the law, help young inmates to have better access for a better juvenile system and support young ex-offenders to get a better social and family reintegration.

In order to protect the prison-establishment for the virus and to help all prisoners, a total of 450 masks, hand wash, hydroalcoholic solution gel, mask, bleach, and sprays were donated by the YMCA Madagascar to the Ministry of Justice and prison officers of both institutions in Moramanga and Manjakandriana. Basic necessities such as rice, beans, oil, and soaps were given to young prisoners.

Ex-offenders who were accompanied by the YMCA last year were also given food baskets to help them during the lockdown. They were so thankful and acknowledged the support that YMCA has given to them. Indeed, YMCA is monitoring young inmates by providing to them the life skills training and psychological support; and facilitate access for a quick and fair trial to those on preventive custody.

“We have always been involved to ensure social justice for young people and we will reinforce our partnership with the prison for the more efficient juvenile justice system, « said Mr Tsikiniaina Andriherindrainy, the National General Secretary of YMCA Madagascar.

The Ministry of Justice represented by the Director of Social Reinsertion, local authorities such as the Head of District and the Mayor of Manjakandriana were pleased to know the Youth Justice Program and were open to aligned effort to build a strong network and influence for efficient youth justice system.