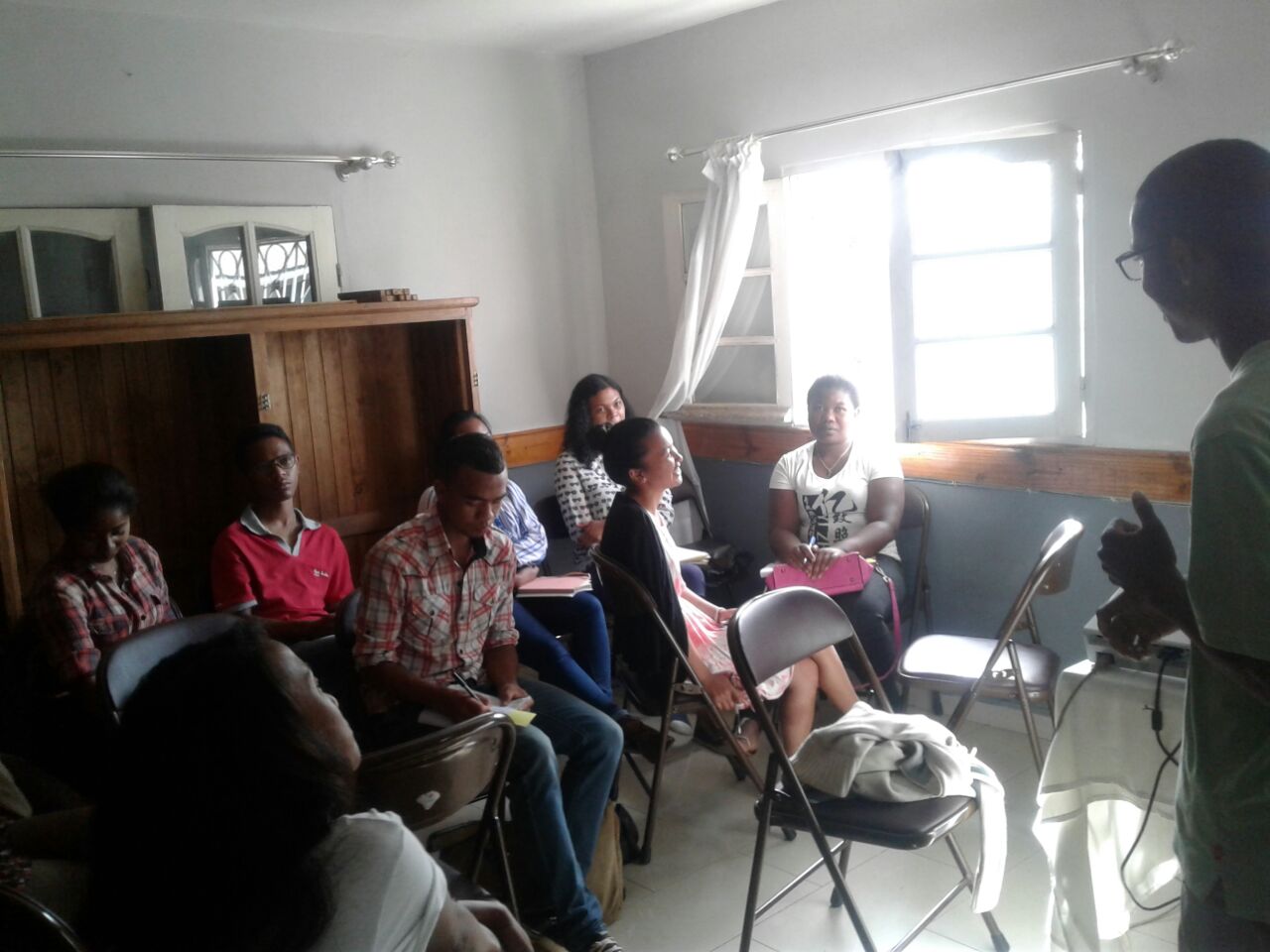 On December 13th, 14th and 15th 2017, the Y-Investment for the Renaissance Challenge Club of YMCA Madagascar has organized a training of trainers on the theme « from Subject to Citizen ». The activity took place at the YMCA Madagascar in the Ankazomanga branch.

Indeed, the club had prepared to carry out their activity entitled « Ndao Y-fanampy ». A basic training activity on entrepreneurship and financial education for vulnerable young people around Ankazomanga with the aim of helping them to improve their family income. However, since club members were supposed to be the facilitators during this training, it was necessary first of all to build their capacity. This is why the club has decided to target – initially only – members as they will play an important role in the process of supporting vulnerable young people. Thus, the sessions were aimed at « internal mutual help » as the name of the activity itself indicates.

Therefore, at the end of this internal training, four (04) members of the Y-IRC club became able to facilitate the modules during the next training of the activity, for the youth of the district of Ankazomanga, beneficiaries of a technical and psychological support in improving their family income during and after the training. In addition to that twelve (12) club members have been oriented on the YMCA S2C program. And finally, a club activities oriented action plan was established for the first six (06) months of the year 2018, namely:

This first phase of the « Ndao Y-fanampy » activity lasted three afternoons and was reserved for members of the Y-Investment Club for the Renaissance Challenge (Y_IRC). However, the Y_IRC club, like all the other YMCA Madagascar clubs, remains open to new members who wish to develop personally and professionally in a friendly sharing and learning environment.